Located in Shelby County in deep East Texas, Arcadia was once a thriving town serving the surrounding area (see map below). Founded in 1887, at its peak Arcadia had a population of approximately 400 and a diverse commercial district, including multiple business, mills, schools, and churches.

Following the Second World War many left the area for jobs elsewhere leading to a gradual population decline.

The last surviving business closed its doors in 1985, and in 2014 Arcadia had population of fifty-one, primarily made up of descendants of the original founding families.

This short video presentation features footage from Arcadia, and describes both this project and the community. Video used in this presentation was provided by Mr. Daniel May.

The following video introduces both the project as a whole and the community of Arcadia.

The following slideshows feature recent photographs from Arcadia, Texas. These 2014 photographs were taken by Mr. Javier Franco Vega, while the captions were provided by Mr. Greg Grant, a longtime resident of Arcadia. 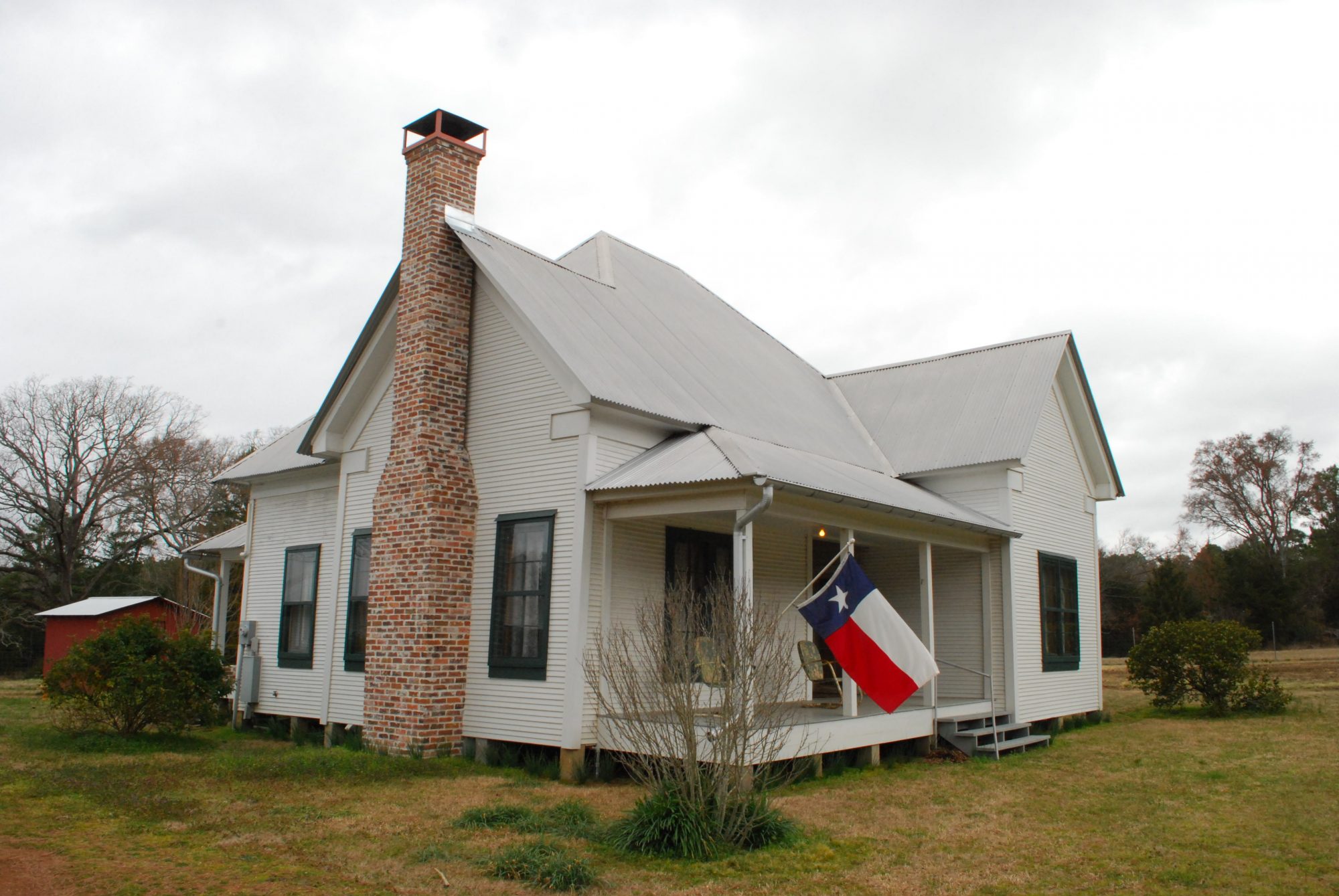 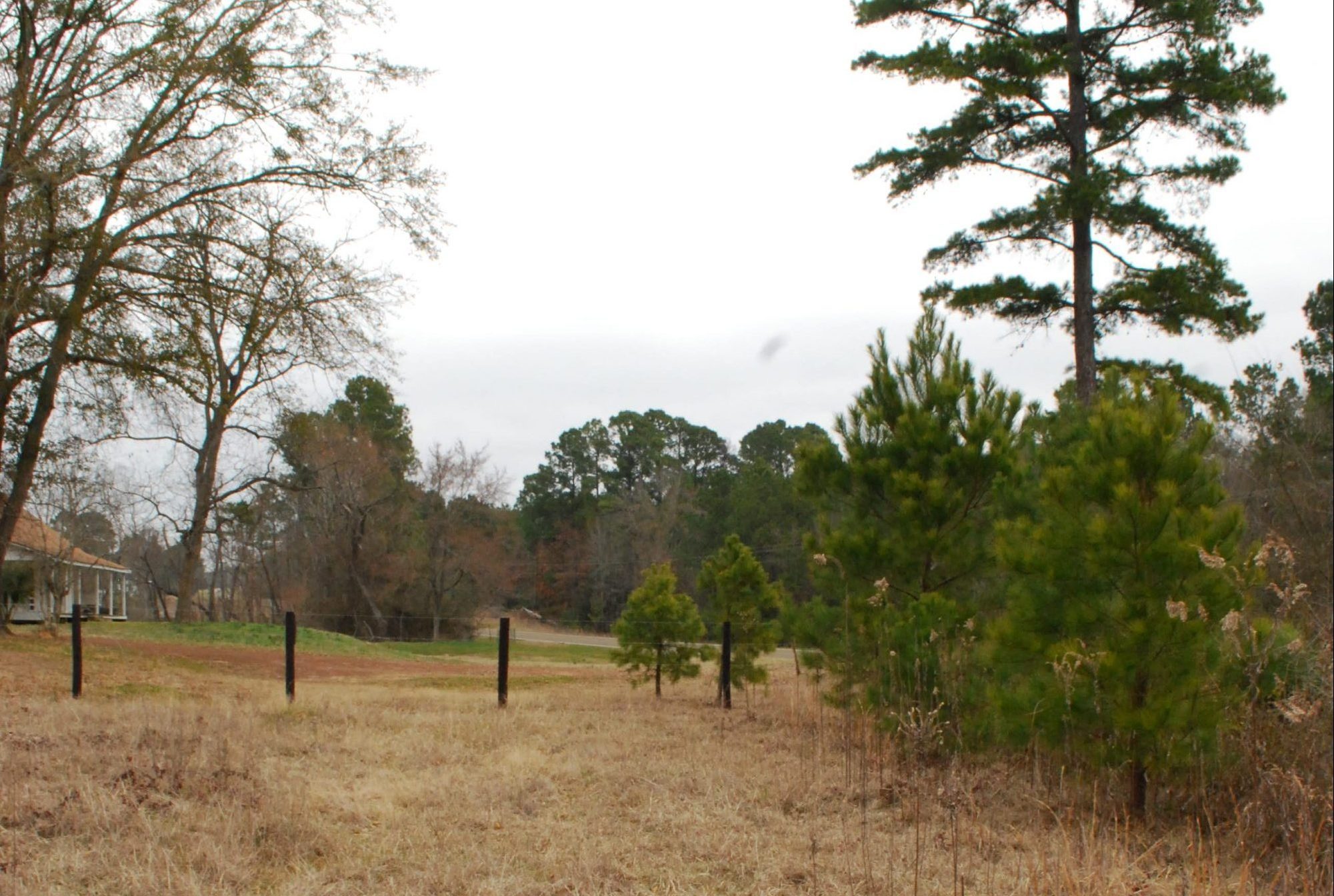 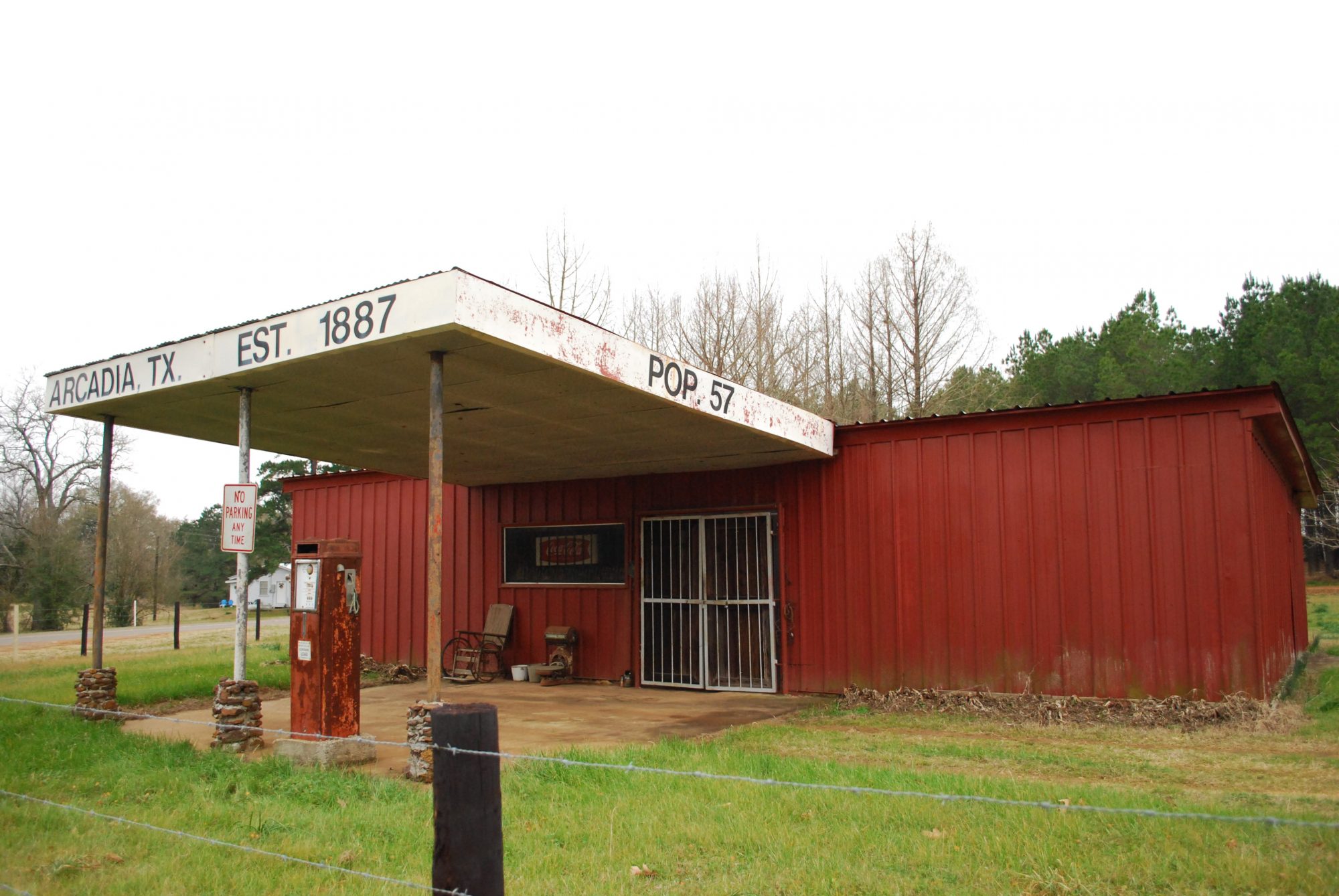 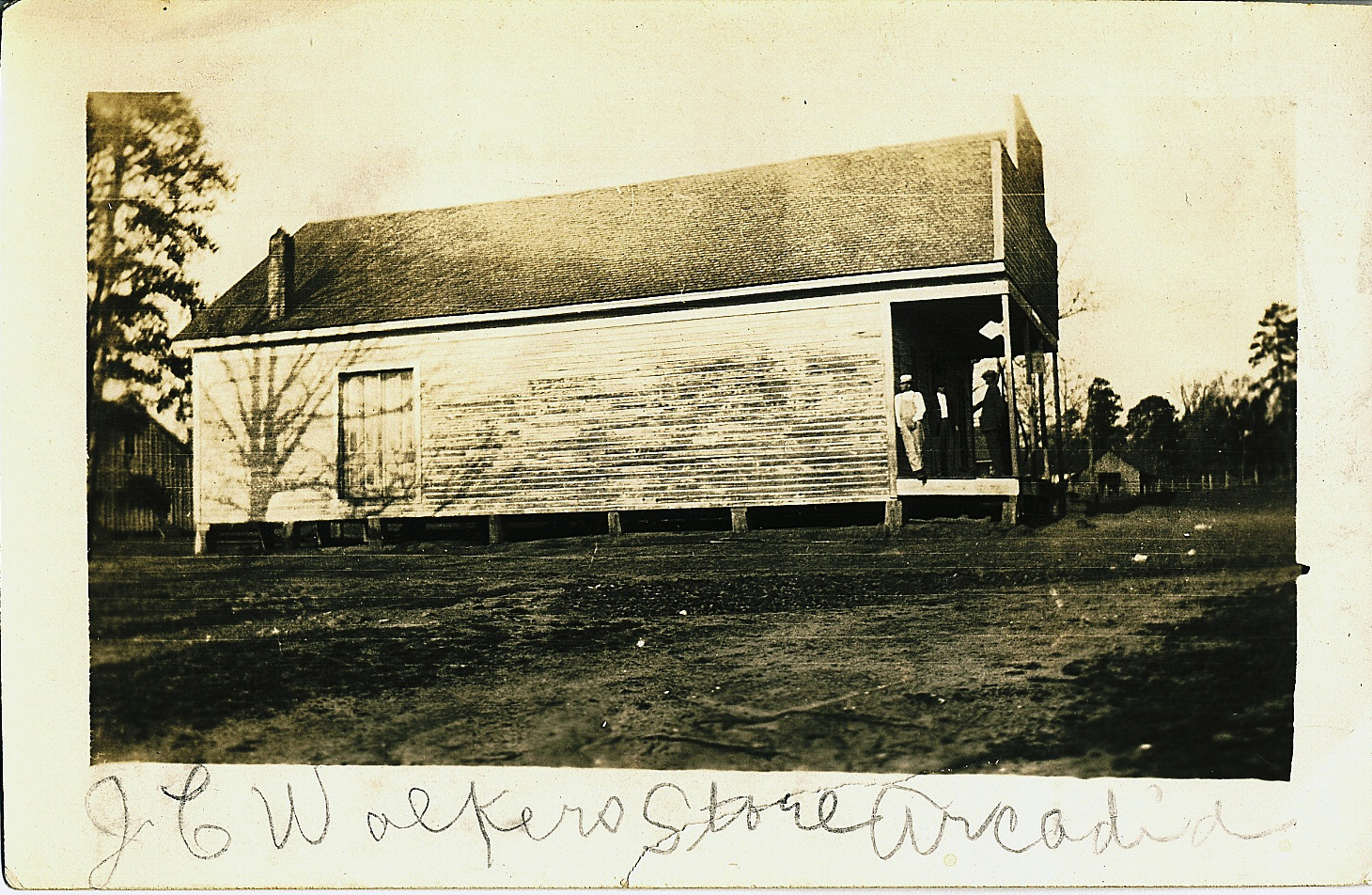 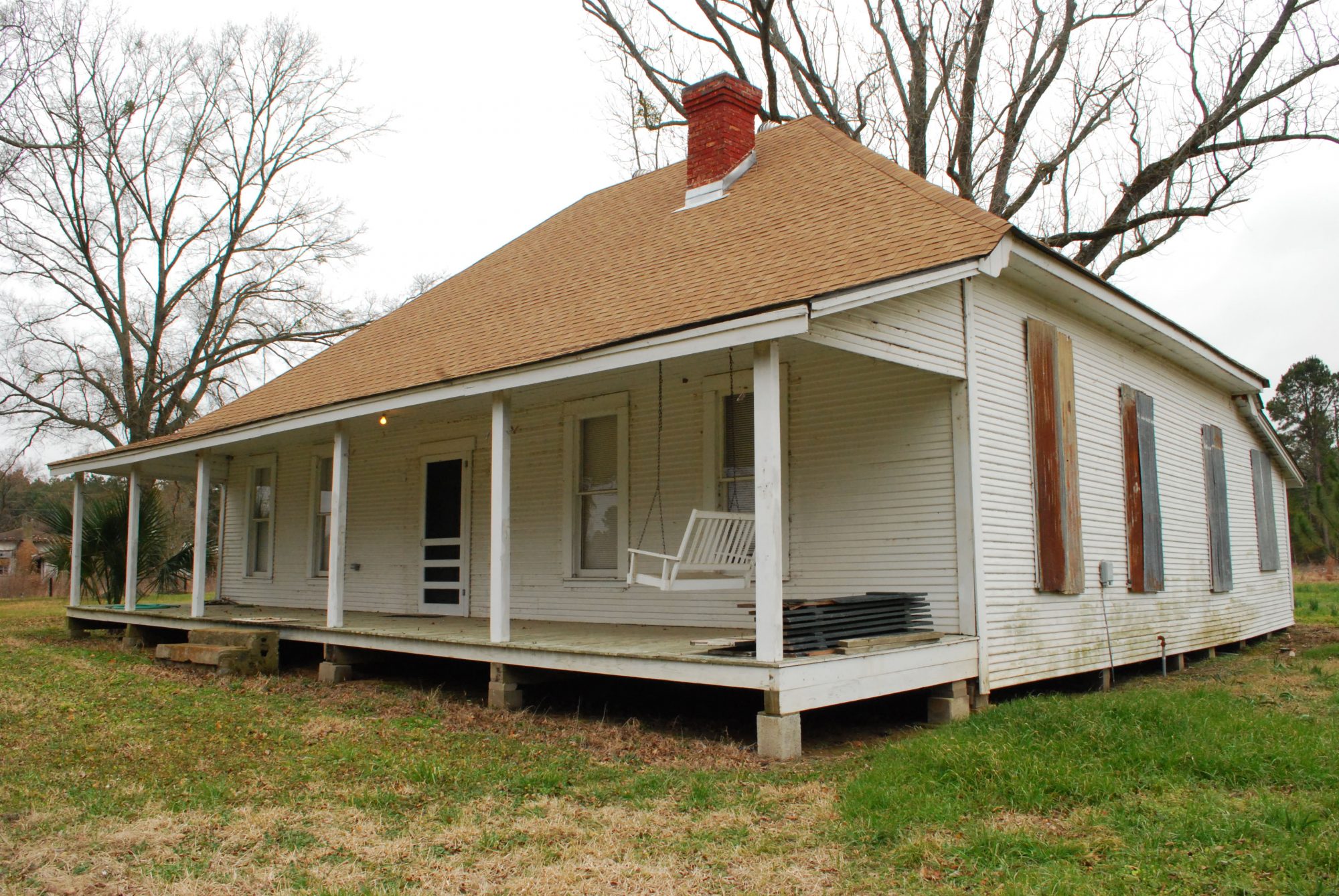 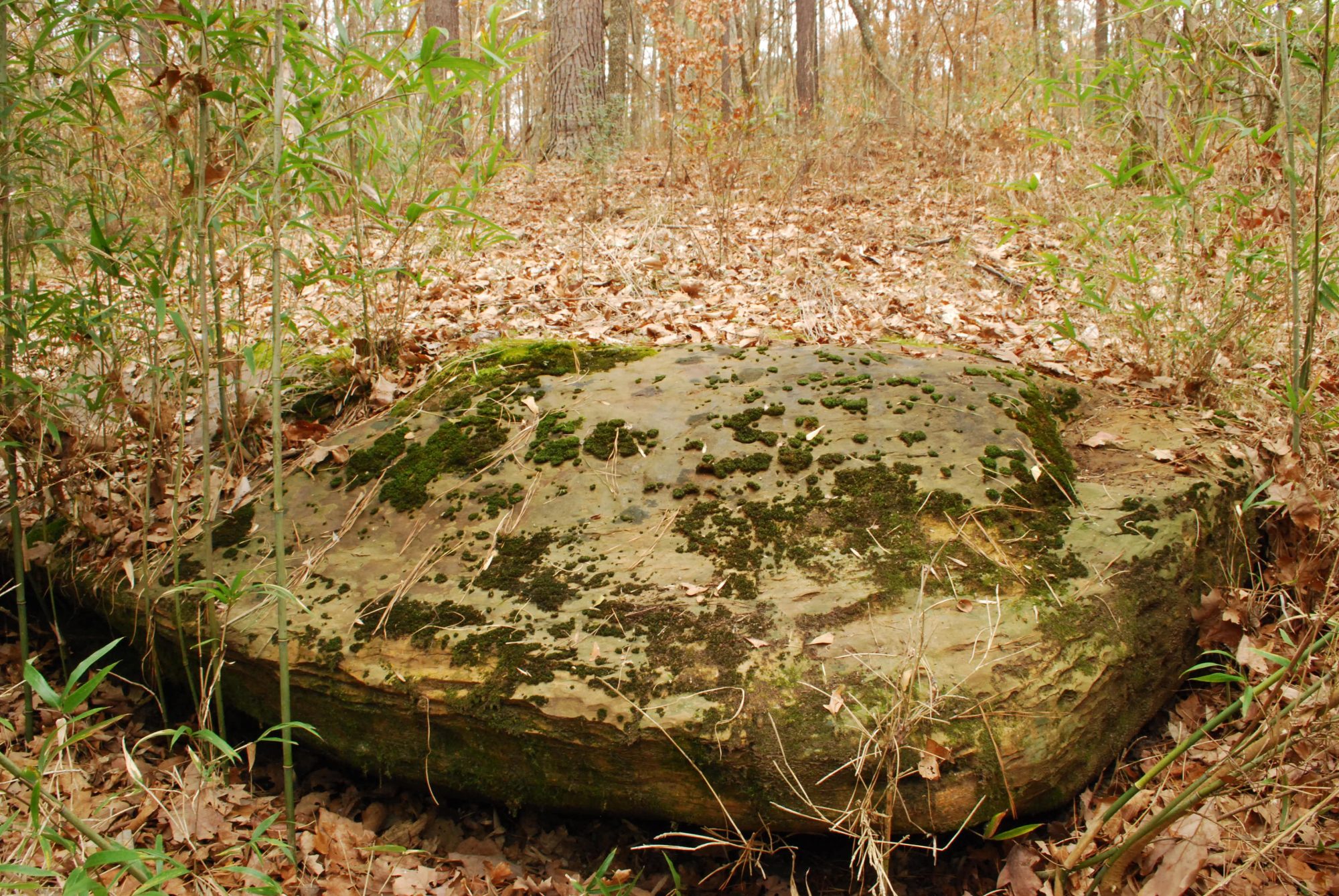 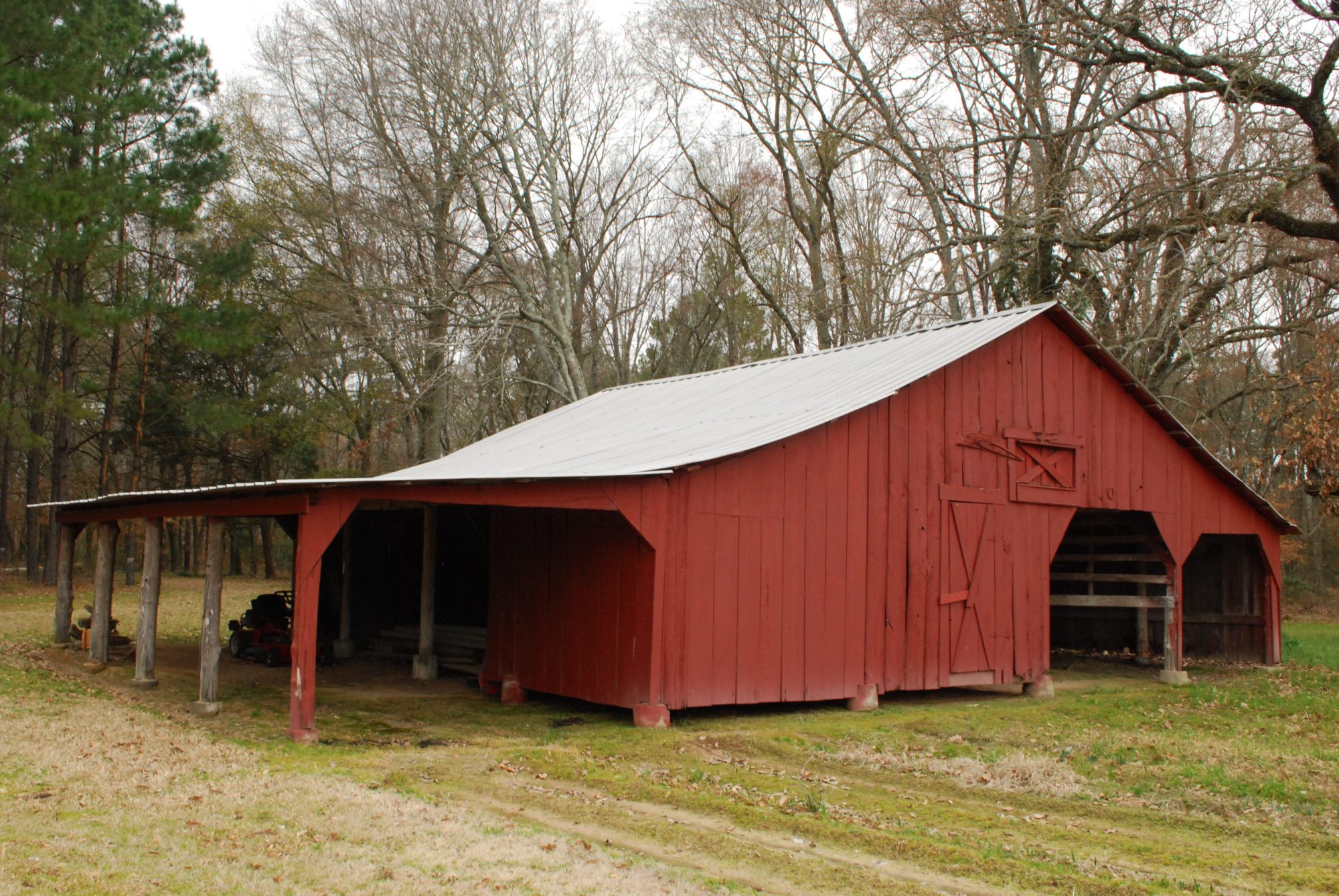 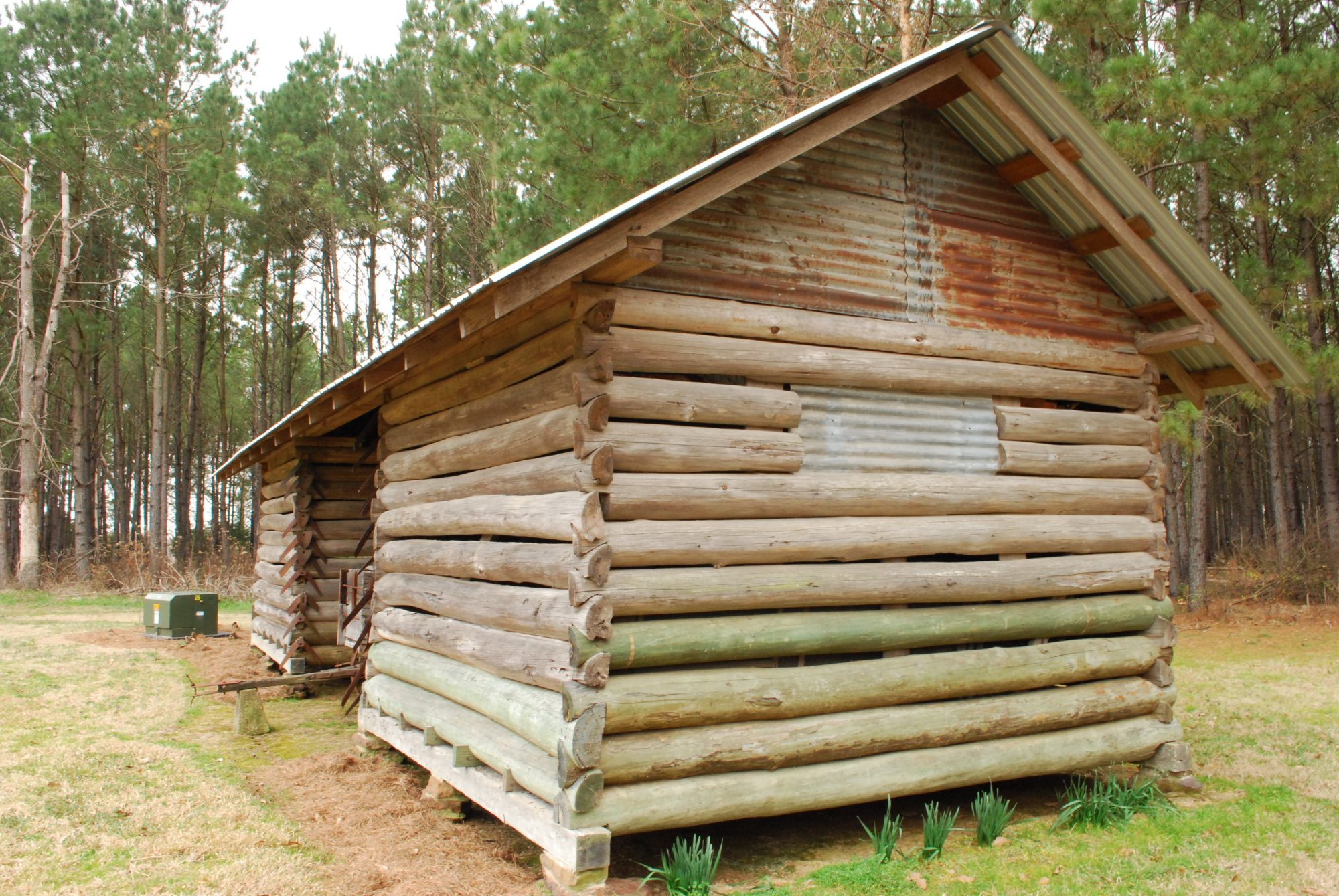 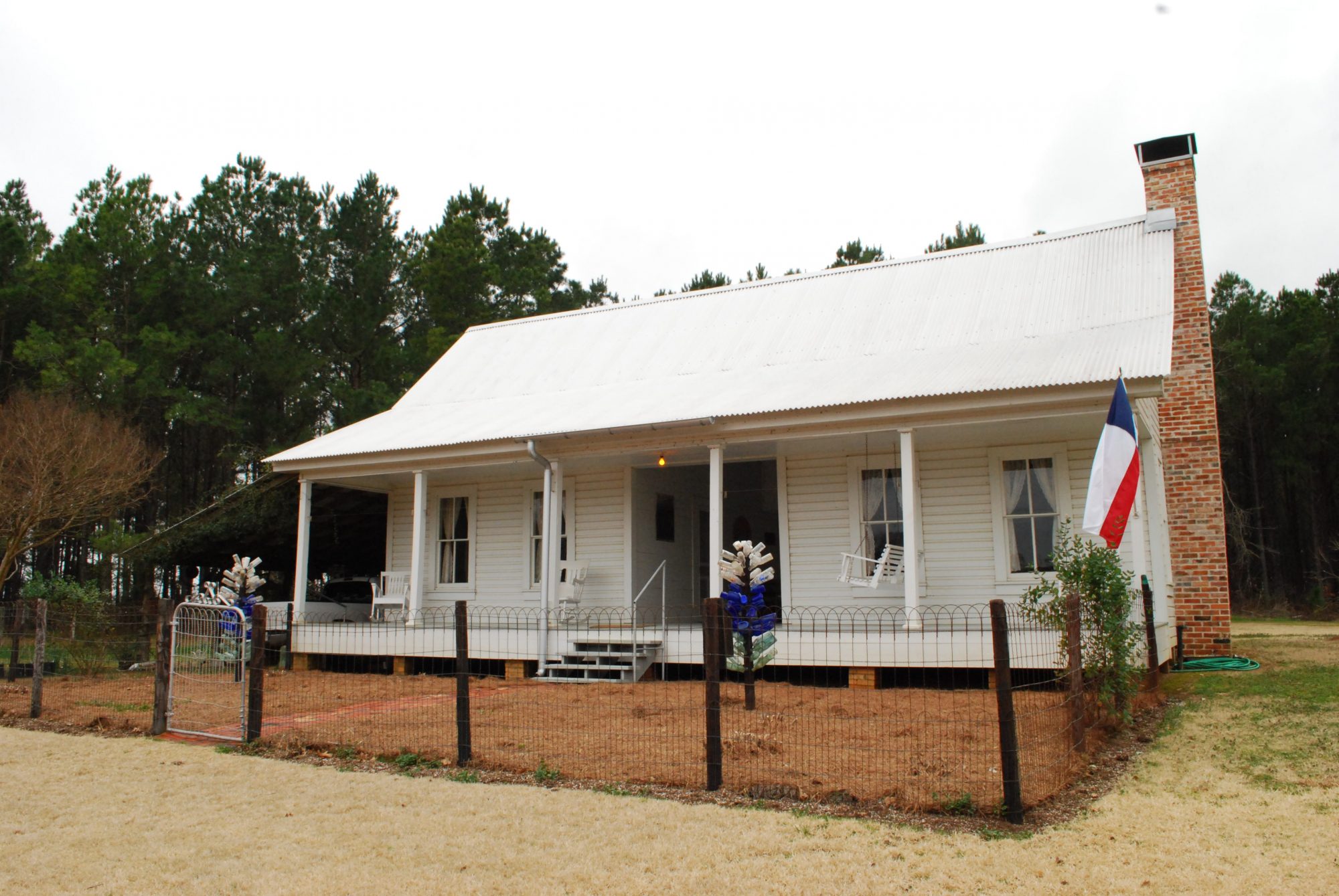 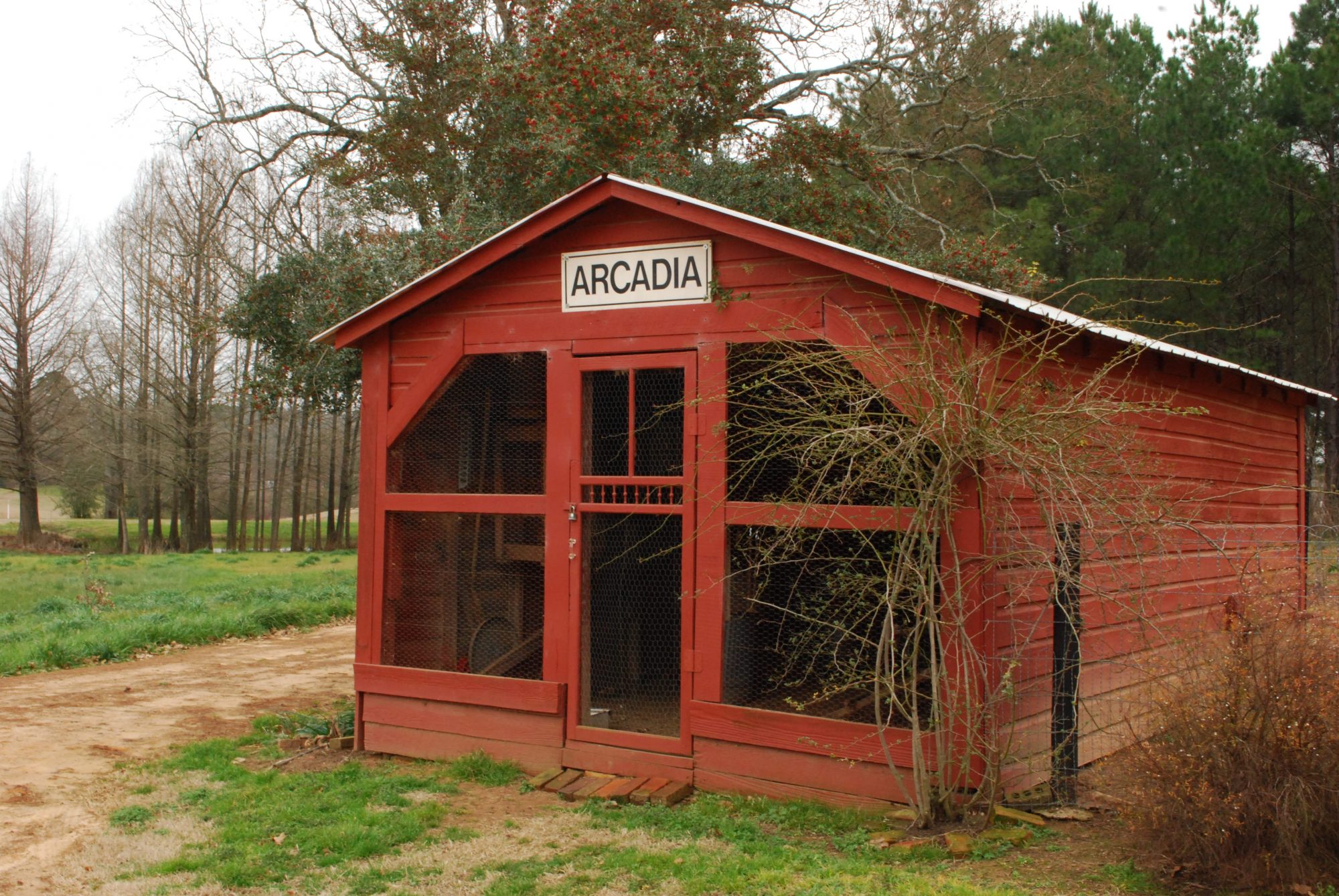 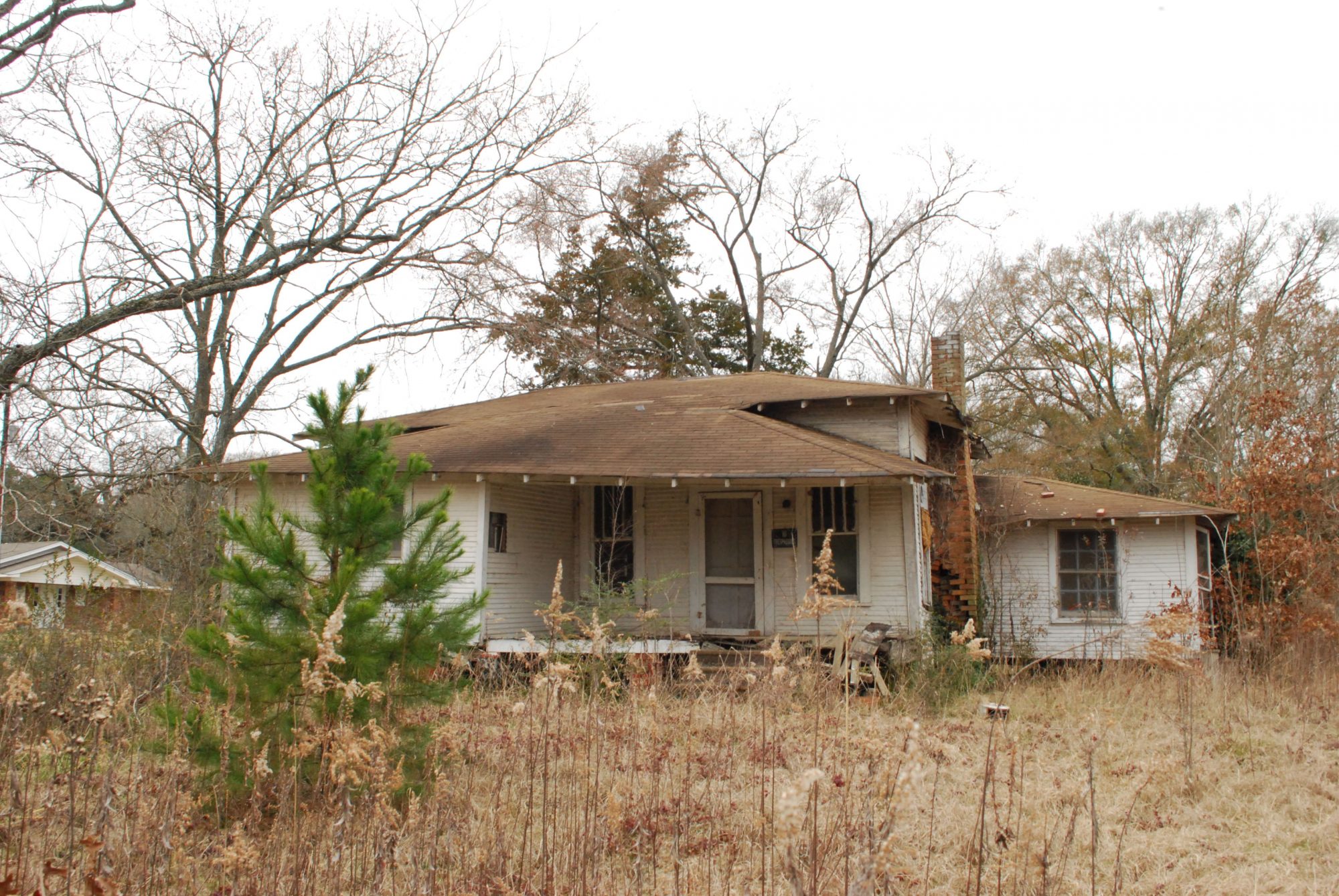 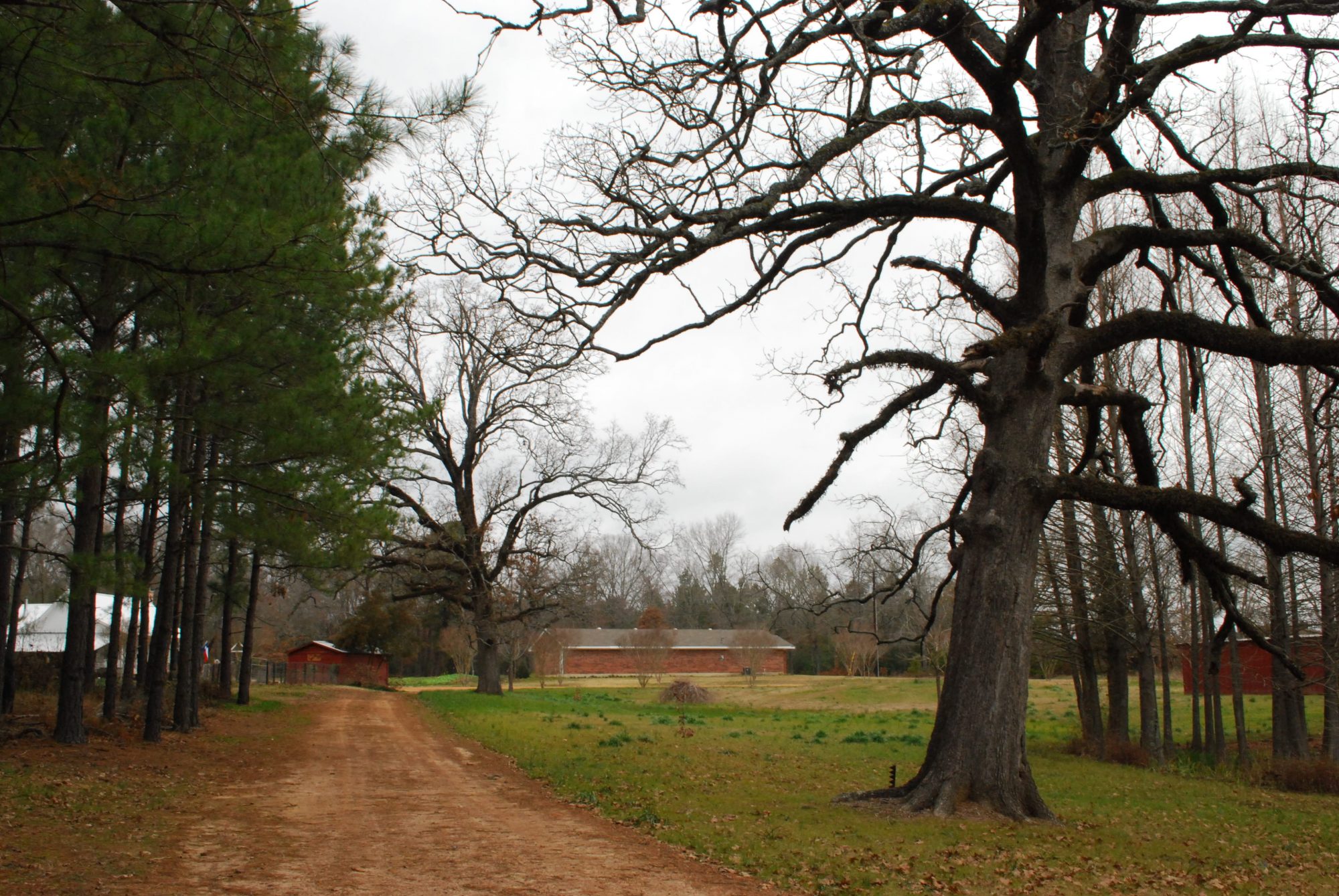 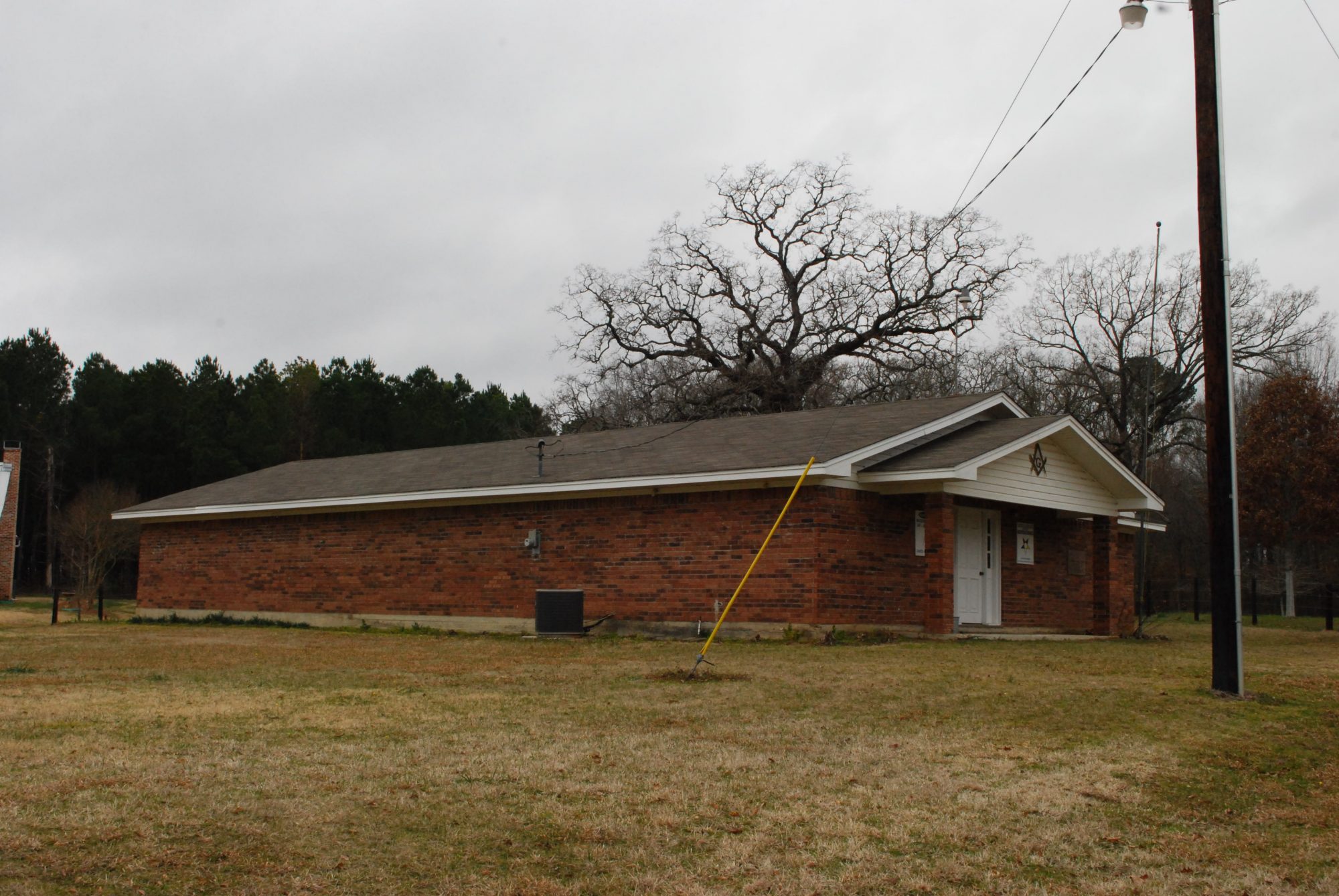 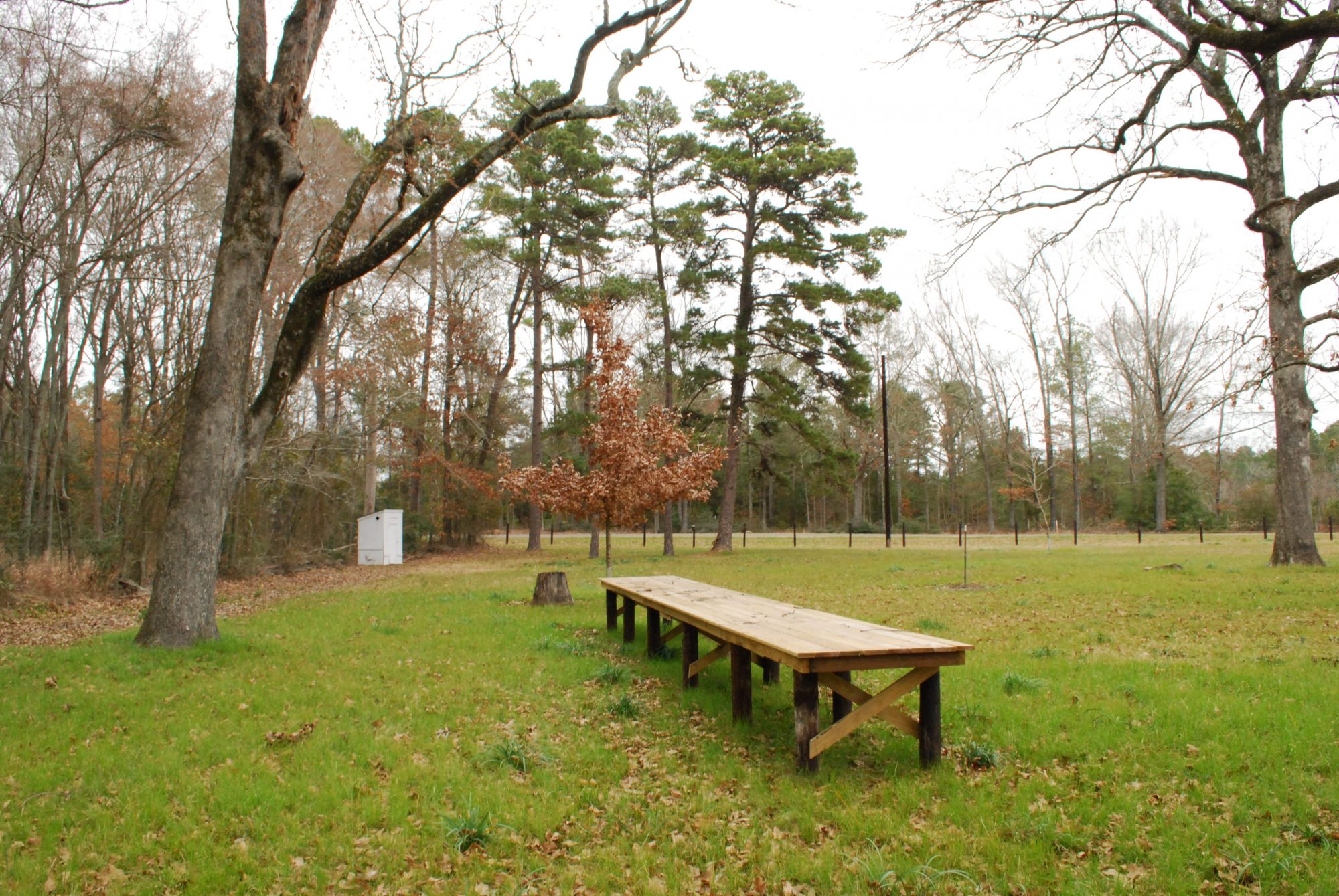 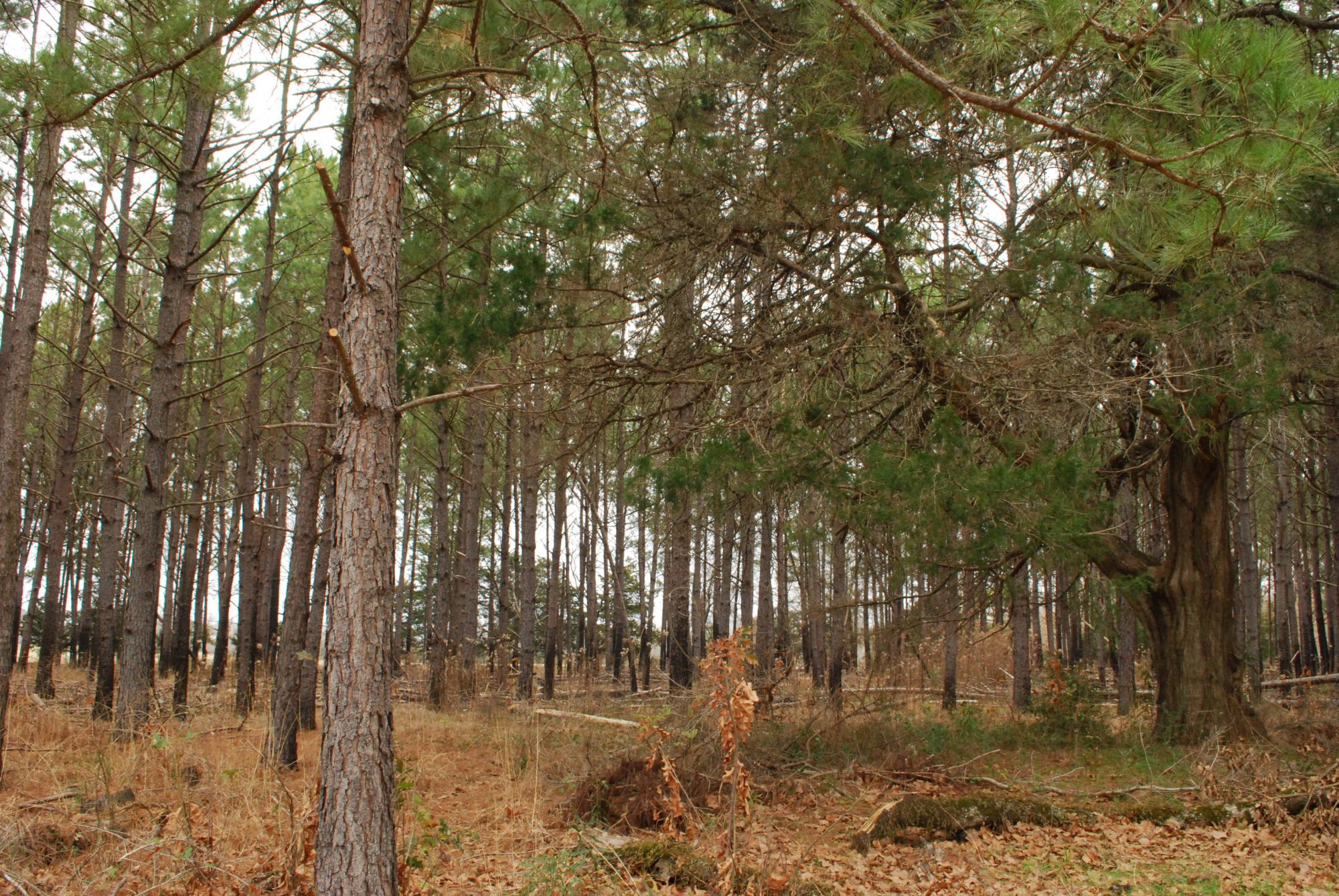 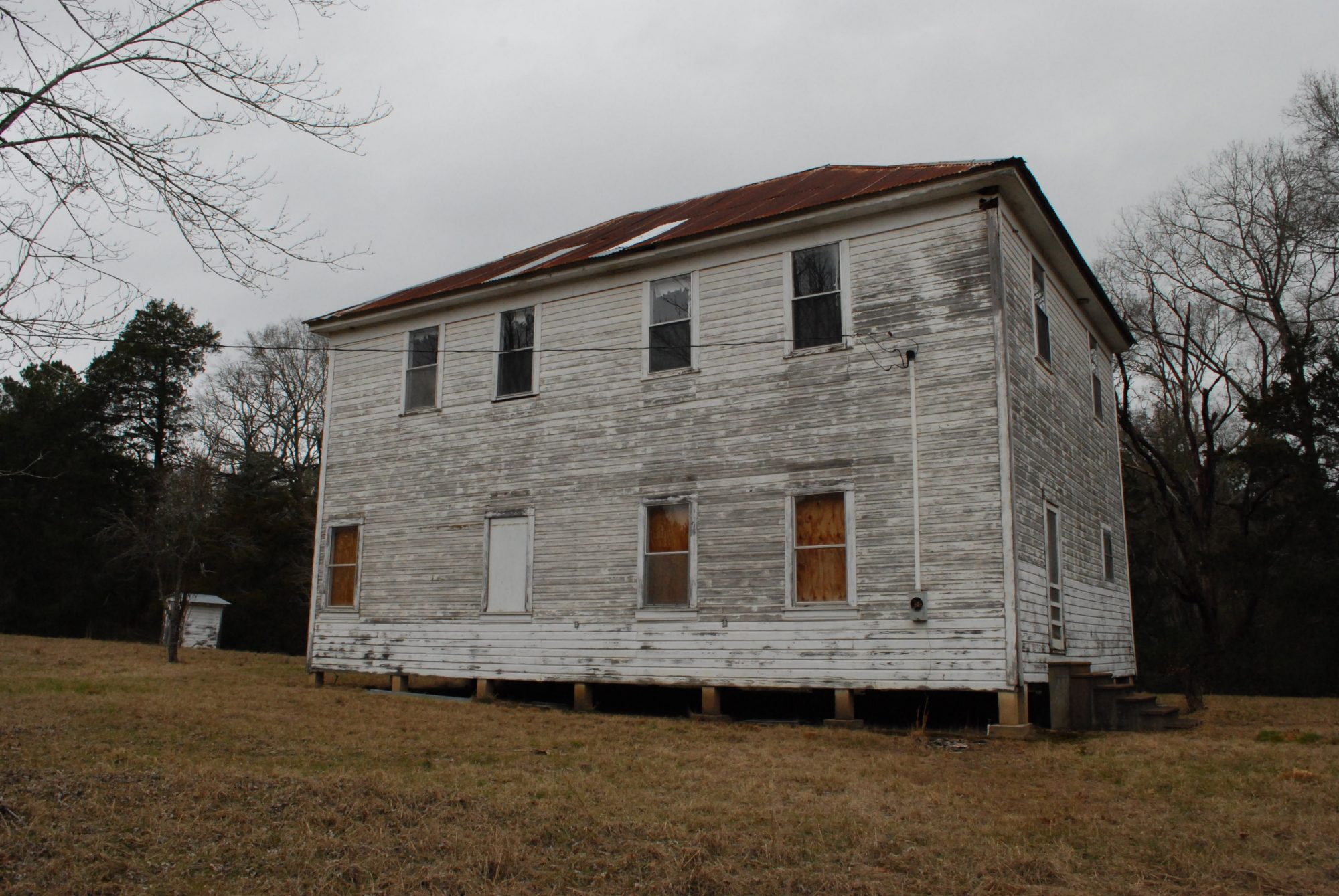 The Woodmen of the World Lodge

PhotoVoice is a method that combines photography with journaling. In this project, volunteers are given cameras and asked to take pictures of places in their community that are important to them in their personal history and hold value for them.

As they take their photographs, volunteers explain in a journal why they took the pictures they did, creating both a written and photographic record of personal remembrances all directly tied to place.

The following short video presentation includes some of the photographs and journal entries provided by volunteers. These long time residents of Arcadia, TX have seen their community change over the course of time.

The photographs and their accompanying text provided by volunteers have been compiled making it possible to review each individually.

Through their personal remembrances we can revisit Arcadia as it once was in its heyday. To see all of the photo-journal entries from our volunteers, select a name from the list below.

“In 1954, 60 years ago, this became my home. My family had moved from Clute, Texas and my dad worked at Dow Chemical in Freeport. He was sick and wanted to move back to his home in Arcadia. My daddy was something else. He could coon hunt all night, shoot squirrels all day, and spin yarns to anyone who would listen. Mother would cook the squirrels either in dumplings or stew and daddy always had to have the heads cooked in also with their eyes staring at you. He would crack the heads and eat the brains out. I remember coming home after I had been in the army and I had an 8mm German Mauser. Daddy thought he knew everything about guns but this one went off in the kitchen. Mother was not happy. I remember another time Mother was not happy when Jim Crawford’s (the store owner) mule came to the house and ate her flowers.” 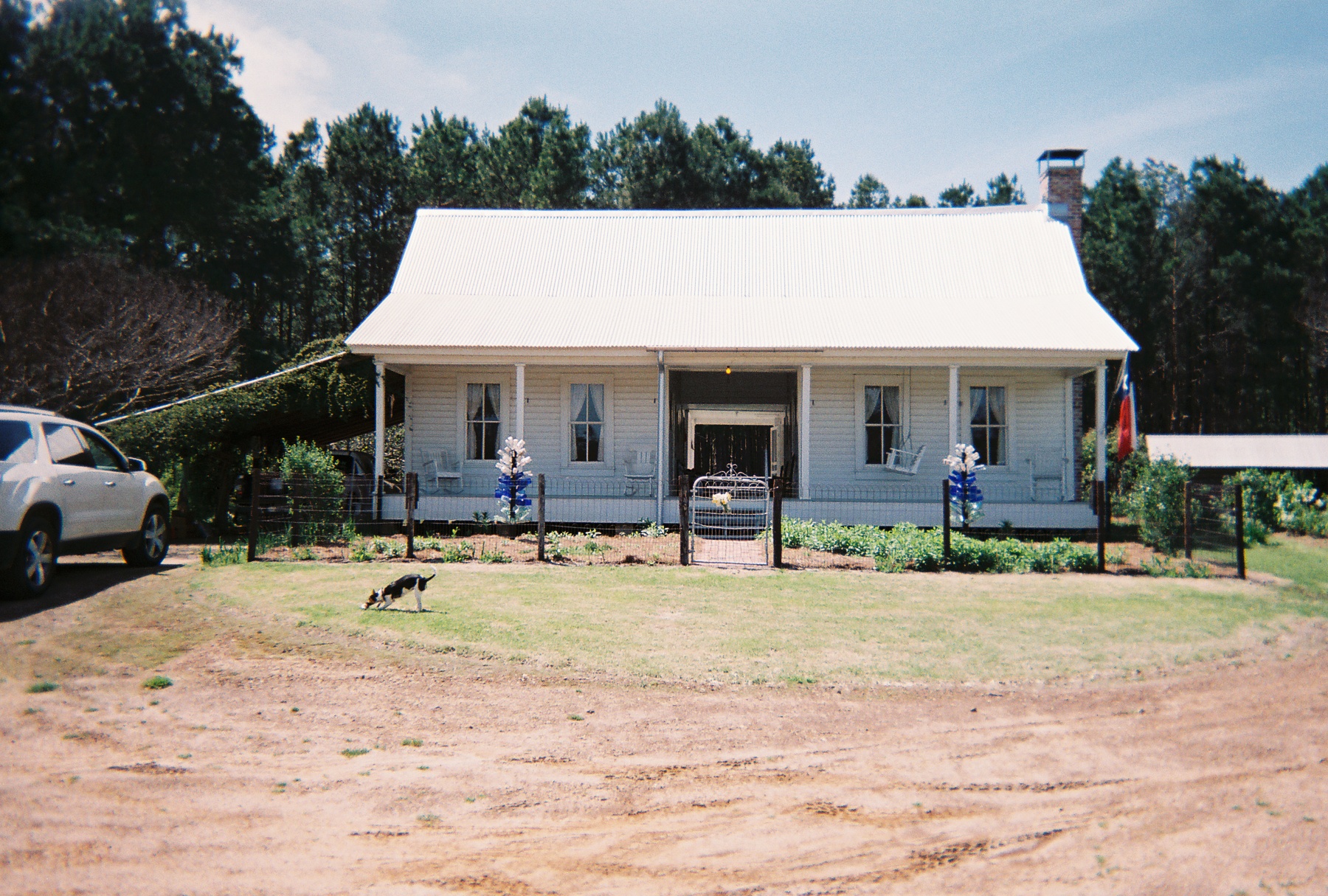 “Powdrill Cemetery. This cemetery cradles my great-grandfather and great-grandmother, Francis Asbury Gillespie and Arrie Elizabeth Mullins Gillespie Roach Steele. Also, aunts, uncles, great-aunts and uncles, cousins, and various Arcadia residents about whom I’ve heard all my life have taken up residence in this cemetery.” 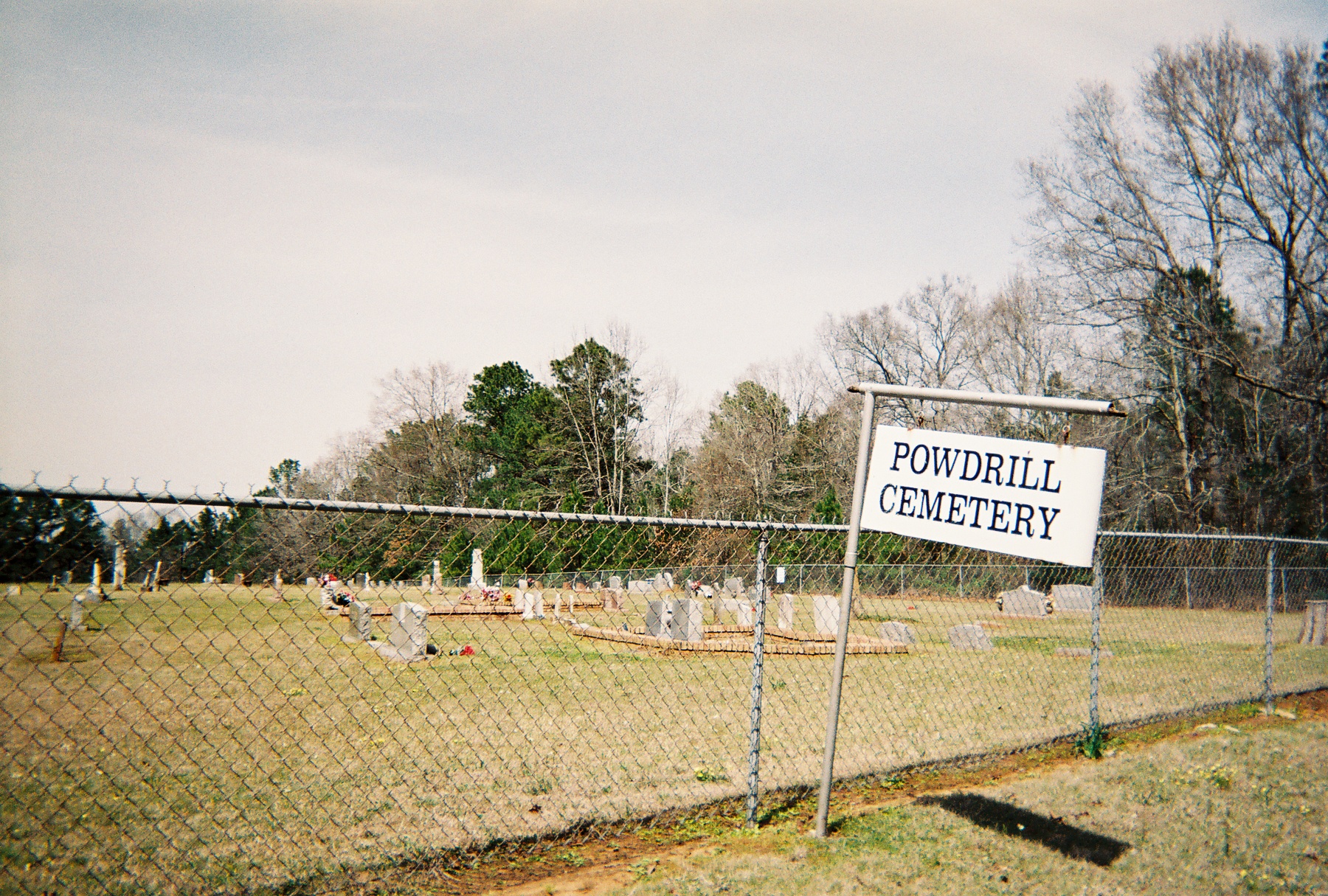 “This was the old Collie place in the early 1900s – My Grand Father owned it, I think. In January 1940 we had about 35 days of sleet & snow. I hunted Rabbits & Dove & Coon in the snow & made bird traps & used corn for bait. You could hear limbs & tree tops breaking from the ice on them. That is when [the] PULP – wood [industry got started] [Planks were] 14′ long [and were] started [and] loaded by hand.” 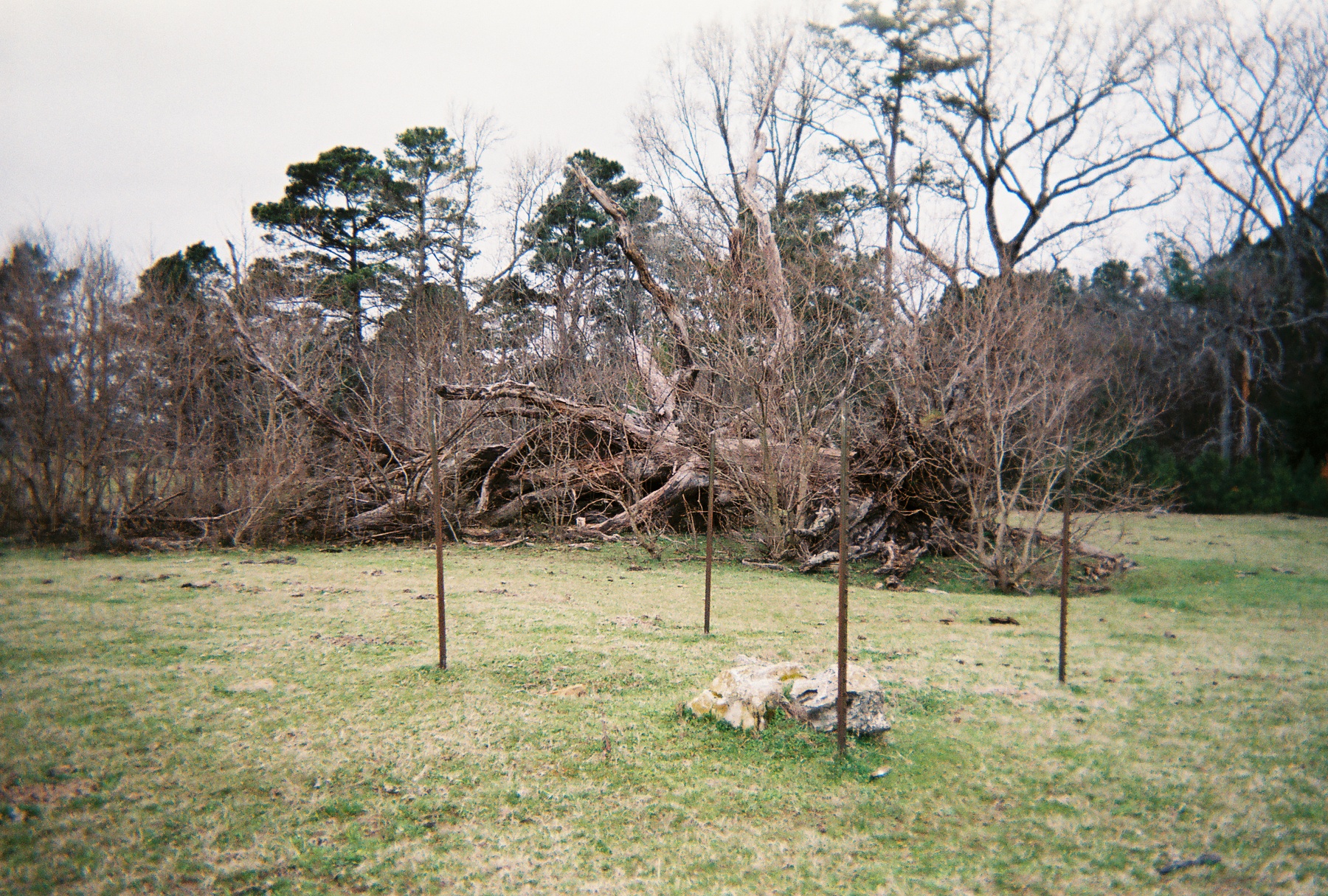 “This building was not only the meeting place of the Masons in my family, but also served once as a rural school on the bottom floor and was where our 4-H Club meetings were held. Also during the Arcadia Homecomings the Sunday Singings were broadcast live on Radio Station KDET of Center, Texas.” 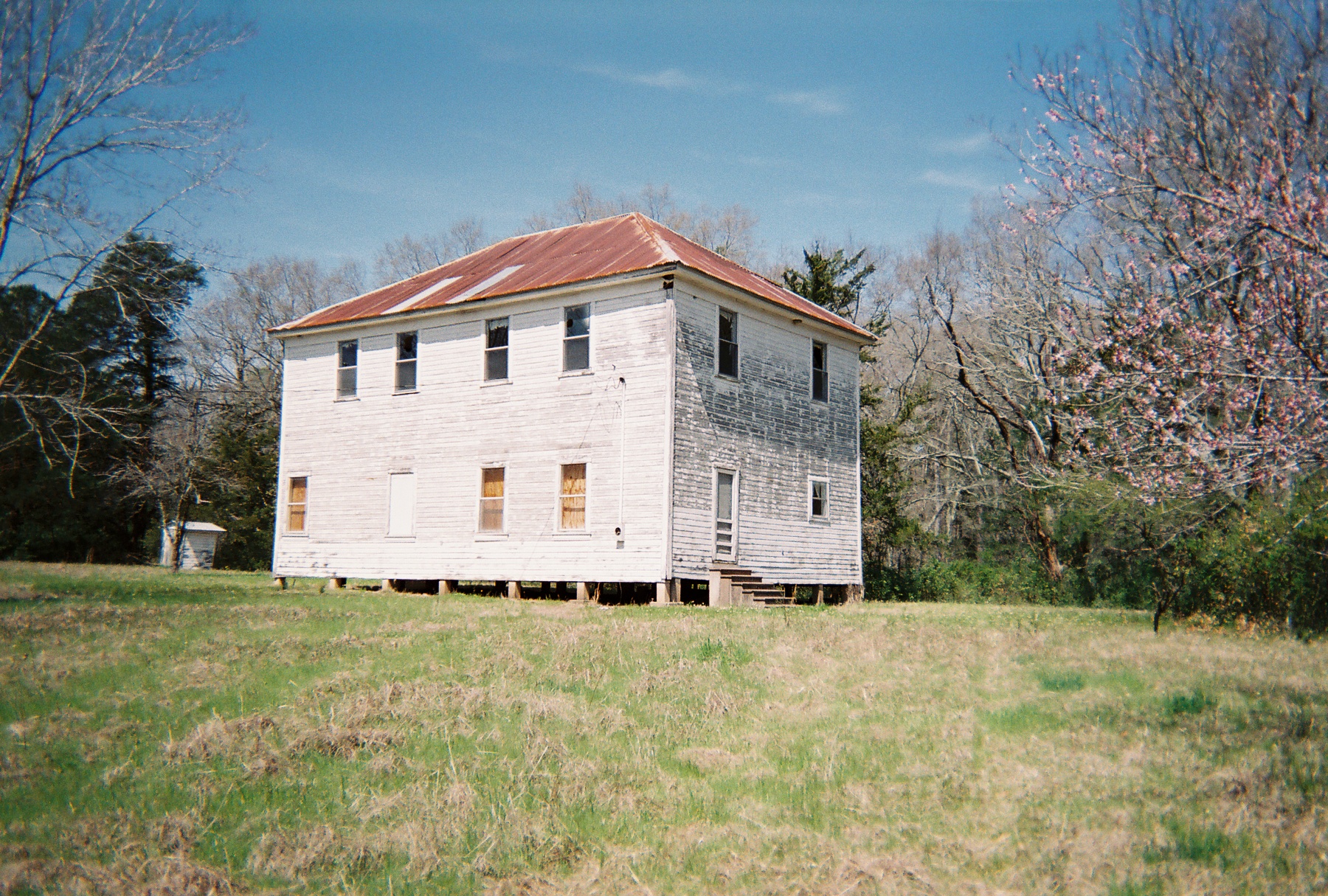 Title: The House Where I Was Born

“This is where my life began, October 21, 1940. I was born in the front bedroom where the fireplace was. My grandmother, Eva Gillispe Emanis, was there to help and stepped on the brick in front of the fireplace and fell through the floor just as I was born. She was my paternal grandmother & I was named after her husband, my grandfather, Jack Emanis. He died of cancer a few months after I was born.”

“The house is now gone. It was torn down by Greg Grant to restore his home. His home was the house I moved to in December 1954 and live there until I left to go to college at SFA.” 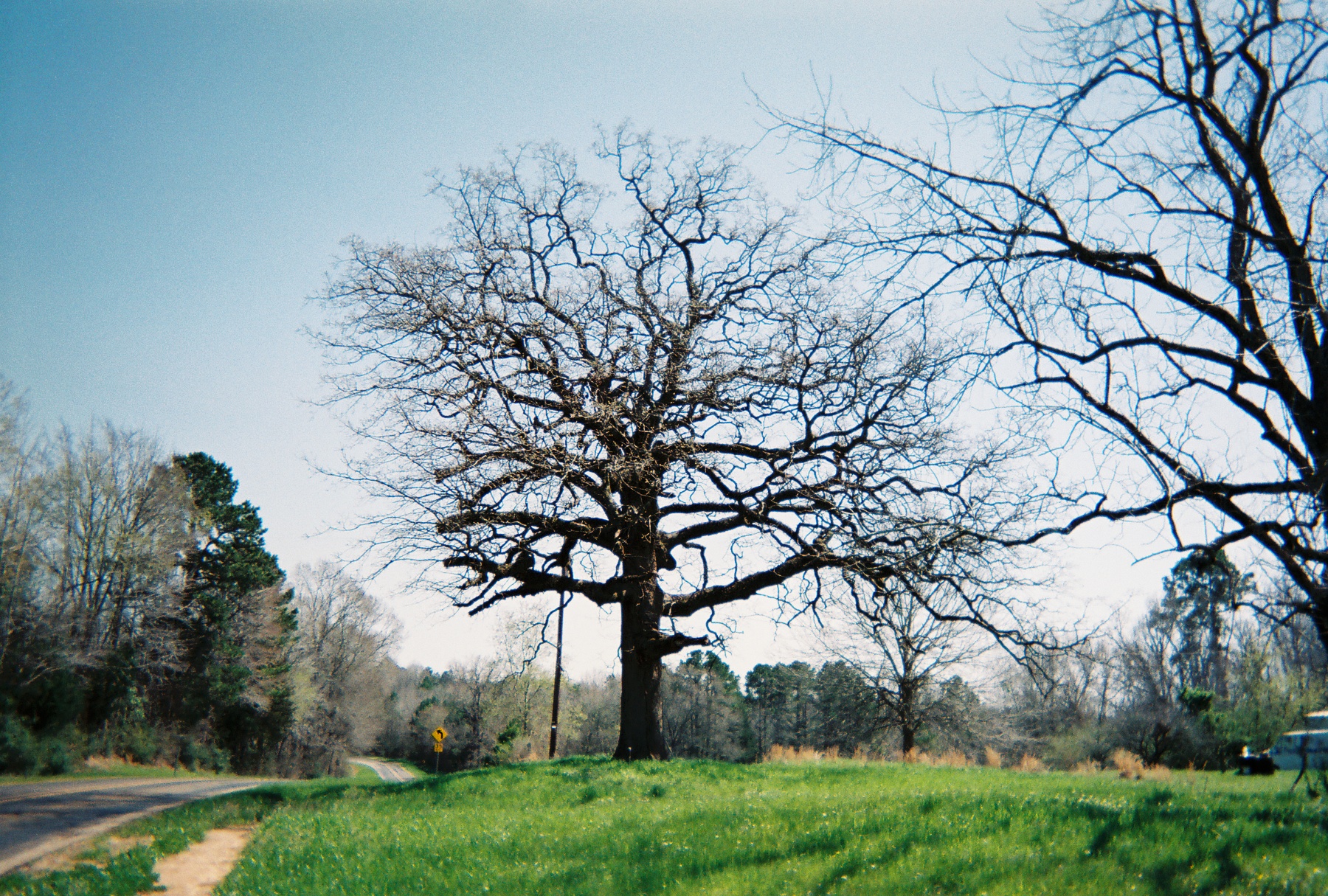 “We used to get drinks of water there after school. we drew water from the well while standing on the porch. As kids, we thought it was a grand house, and it was a pretty nice house for that time and place.” 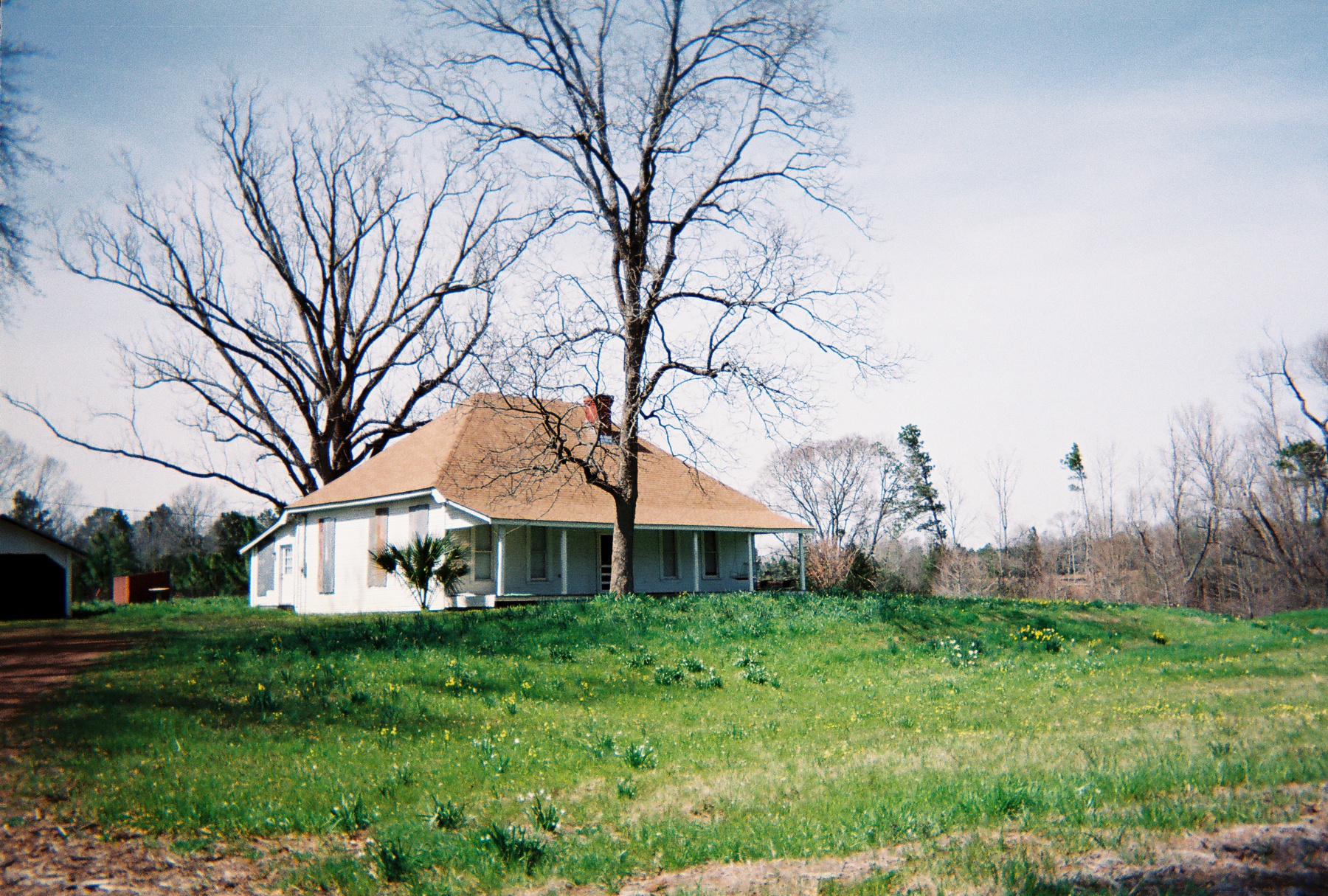 “I remember playing volleyball in the summers on the courts behind the building. I did this during college and while I was single and living farther out off of FM 138.”

FM 138 across from the Powdrill Cemetery. 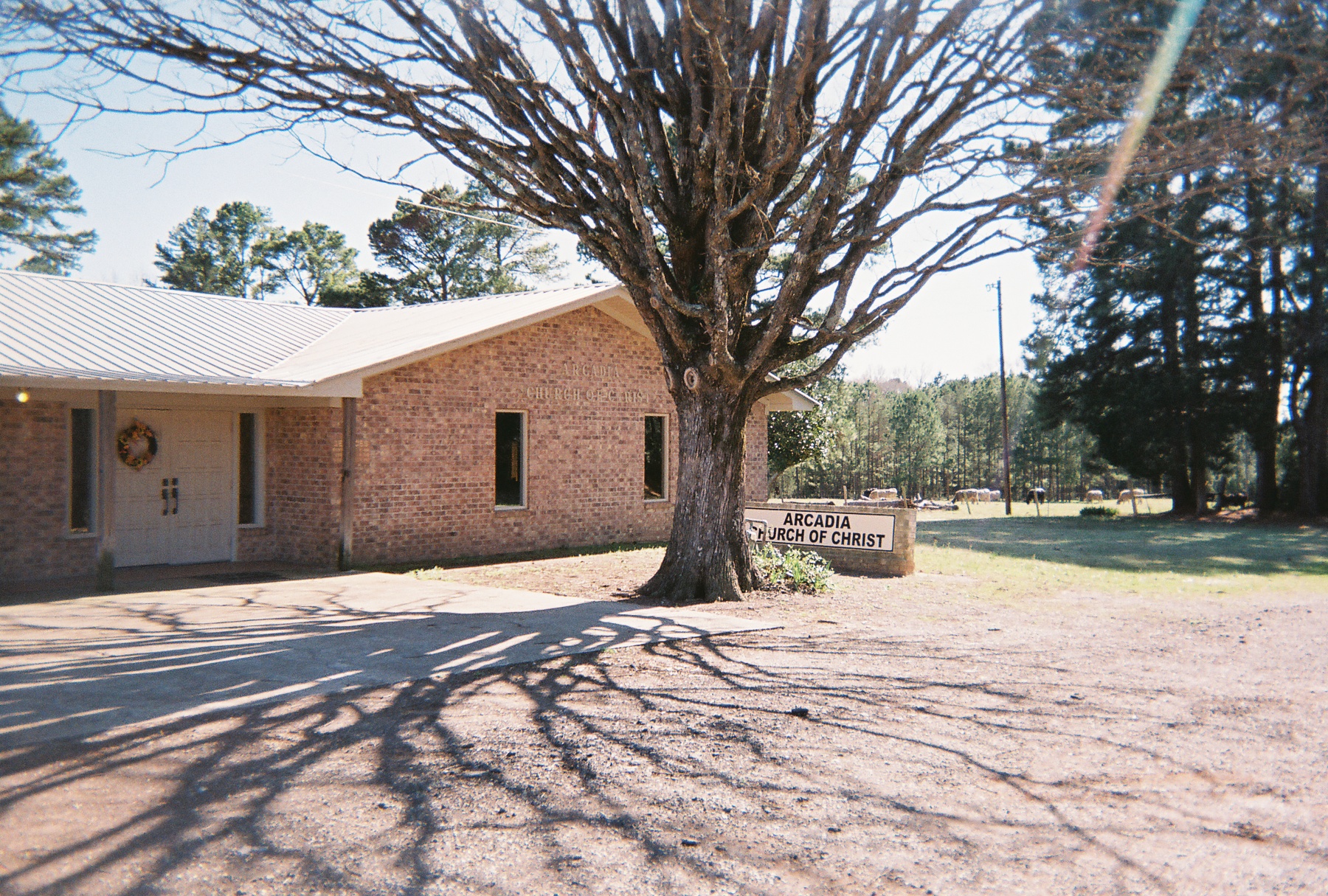 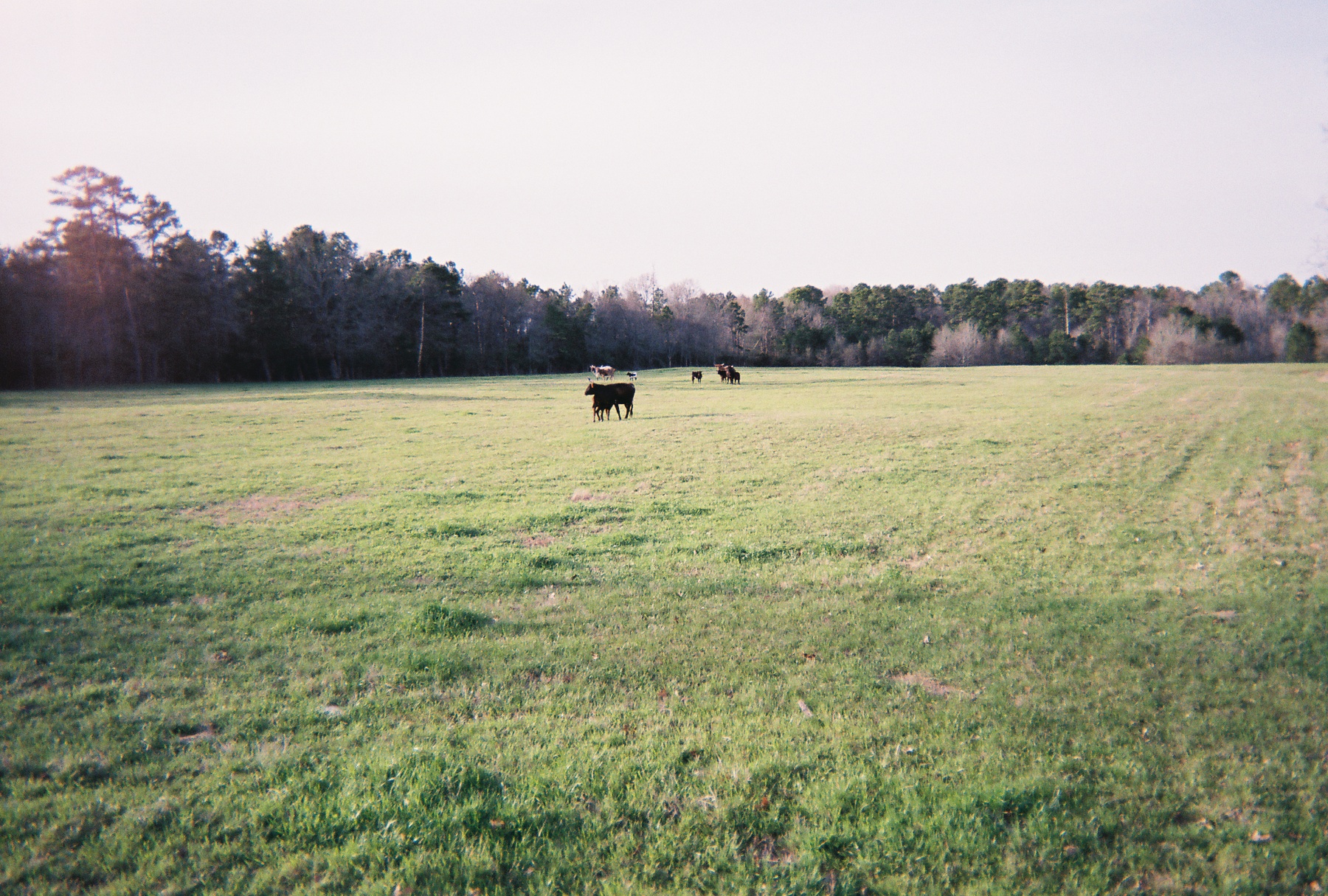 “Because I left instructions inside a bathroom cabinet for the next owner of my house. I can only hope they love it as much as I do.”

The message on the cabinet door reads as follows:

“This dogtrot house belonged to my maternal grandparents, Rebel Eloy Emanis and Georgia Marquette Wallace Emanis. As a child I promised my grandmother I would take care of it when she was gone and I hope you will do the same. I had it restored to near original condition by friend Larry Shelton (Osage Woodworks) of the Libby community in 2011. In the early days of Arcadia the people that lived in it ran the general store out front. My grandparents bought the house from my granddad’s sister and brother-in-law, Voyd and Nara Emanis Hughes, around 1953. After Arcadia got electricity in 1949, the Hughes closed in the dogtrot, lowered the ceilings, and added a lean-to room on the back. According to a drawing by my grandmother’s aunt Vergie Pate Pesarra there was originally a kitchen and dining room across the back when she lived here as a child. Jim Walker lived here beginning in 1916 and ran the Walker and Walker store. My great-great grandparents, Bob and Mary Pate, bought it in 1923. Otho Singleton Cox originally owned the property in 1887 when the Arcadia School (now Newbern Masonic Lodge) property was designated. I wrote about the house in Heirloom Gardening for the South (TAMU Press, 2011) and refer to it as “the Emanis House.” I also wrote about it in the July 2012 issues of both Southern Living and Neil Sperry’s GARDENS I’m not sure when the house was built and whether by Mr. Cox, Mr. Walker, or another. My grandmother thought Mr. Walker did, but the architecture seems earlier. The log corn crib belonged to my great grandfather Henry Grant and was moved in from my paternal grandparents (Hoya and Ruth Grant’s) place just up the road. The 8-acre Rebel Eloy Emanis Pine Savanna and Bird Sanctuary out back should be burned with a prescribed fire in mid-March (Spring Break) every year and never harvested for timber. The 10 acre Trillium Woods (hardwood forest) next to the picnic grounds should also never be logged for timber. The crape myrtles should never be topped. And the assorted Narcissus given plenty of sun, the foliage allowed to go dormant, and never mowed until after Mother’s Day each year. -Greg Grant, 2012″ 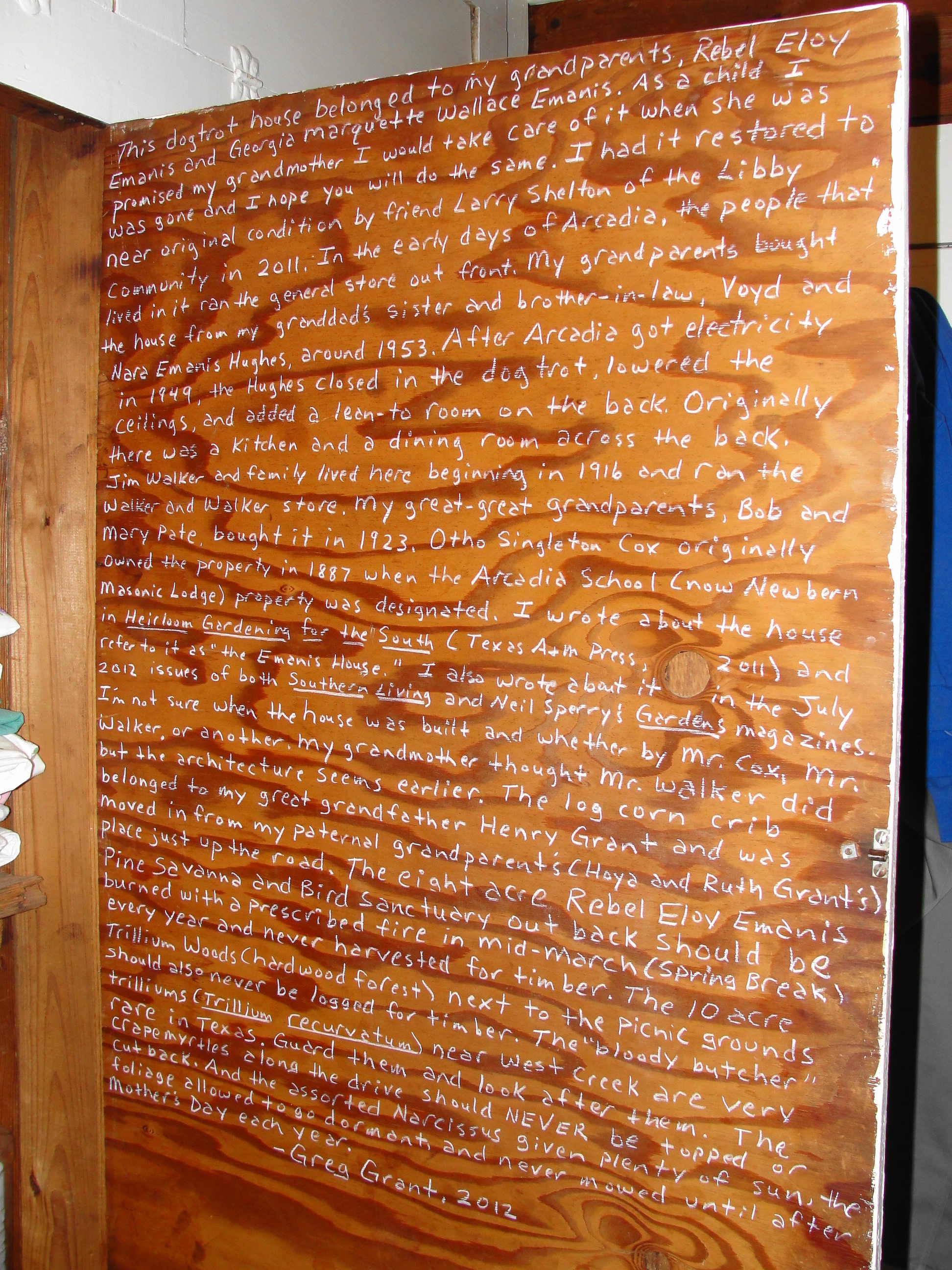 “I took a picture of this grave because the first time I saw the land I now live on was when I visited F. A. and Wanda Emanis with my wife. I started loving this land way back then.” 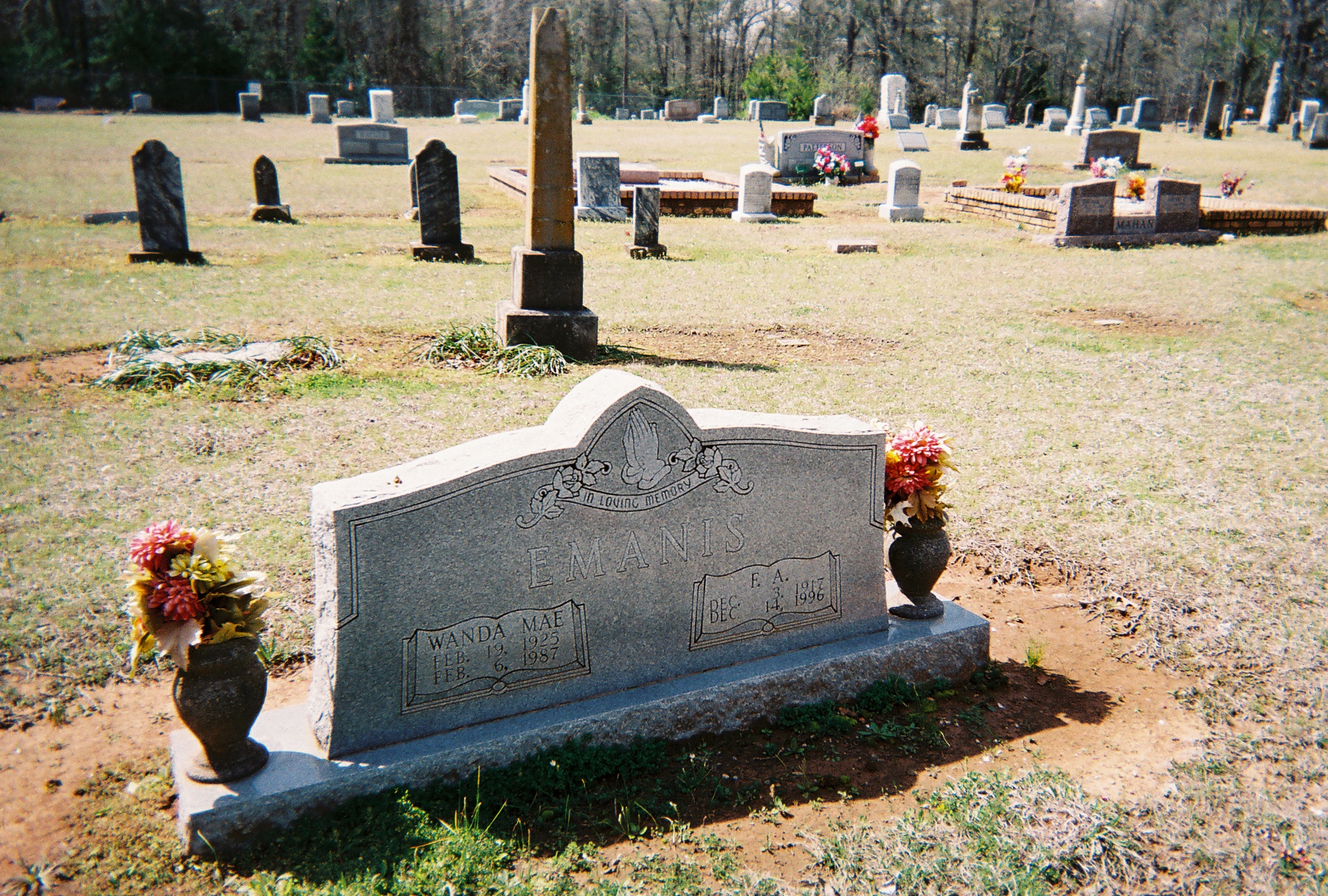 “My name is John Filecia, [I am the] son of Juana Powdrill. [I] spent 22 years in Arcadia, graduated [from] SFA [Stephen F. Austin State University] and left. My Grandfather was a Powdrill, John R., and [my] Grandmother, Delia Peace.” 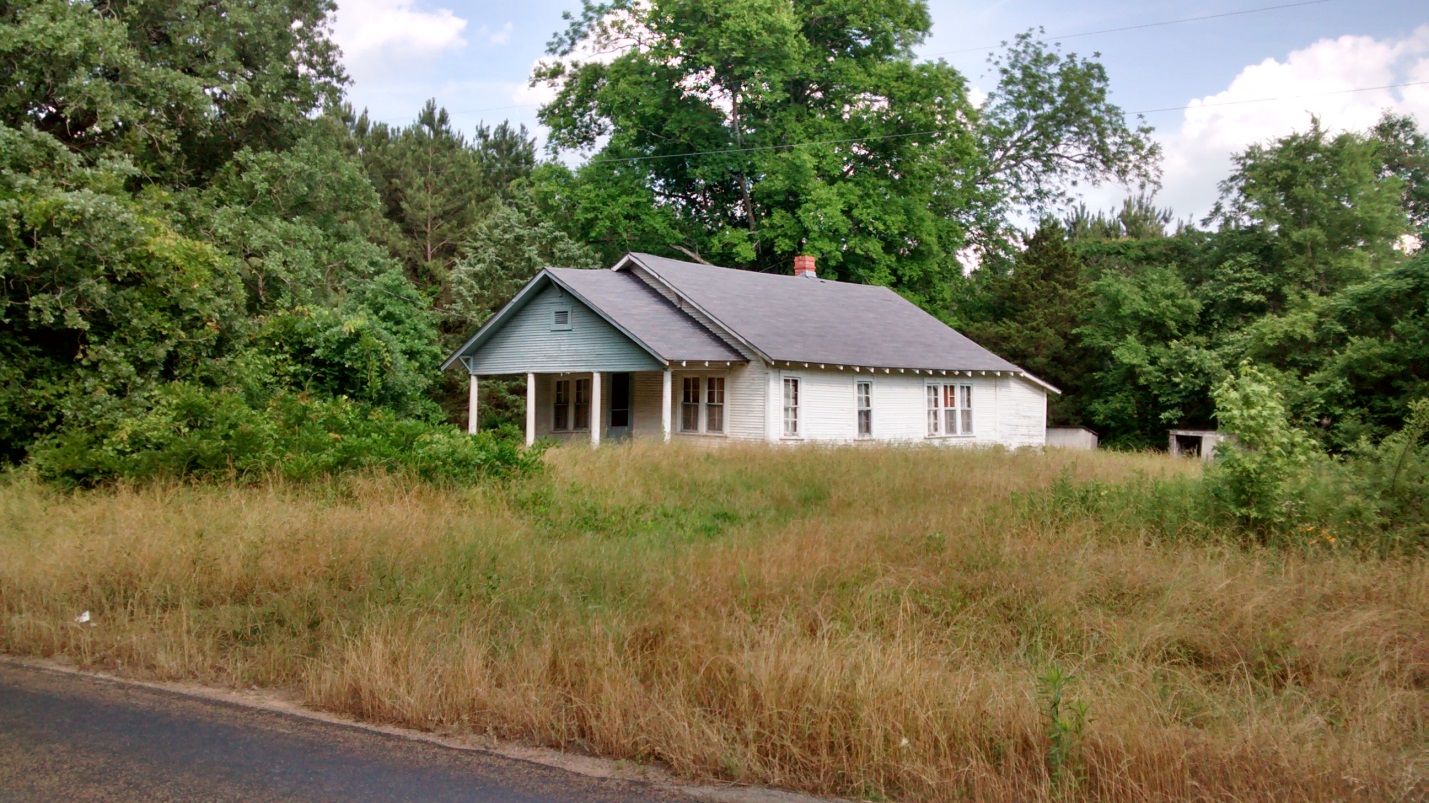 Oral histories are an important means of recording stories and experiences of the past.

These interviews provide information about persons and places no longer with us as well as how larger historic events such as the Great Depression and World War II affected the lives of those living in Arcadia.

Considered primary sources, oral histories are best used in conjunction with additional research and other oral interviews to ensure their veracity when individuals recount events oftentimes decades in the past.

The following are the oral histories’ transcripts and links to the audio hosted by the East Texas Research Center.

The link below will take you to the Arcadia, TX site survey located on the HRC Historic Resources Survey Website! The site lists many rural resources representing the rich history of Arcadia. Researchers can search by location, type of resource, architectural style, age, etc. A historic resource survey is done to record all above ground structures such as houses, barns, sheds, etc. Each resource, regardless of age, is recorded photographically as well as by using a survey form. All documentation was done from the public right-of-way unless we had owner permission to enter the property.

There are two active cemeteries related to the Arcadia community: Powdrill Cemetery and Pleasant Grove Cemetery. According to the State of Texas, a cemetery is any human burial site whether an individual or a thousand named or unnamed. One goal of this project is to document and research these cemeteries. This research will then be used to apply to the Texas Historical Commission to have both designated as Historic Texas Cemeteries. There are also other cemeteries in the area which have been documented by the historic resources survey.

The Powdrill Cemetery is named for the many Arcadia Powdrill family members buried in it. The oldest Powdrill burial is M.J.E. Powdrill buried 1852. The cemetery is located directly across from the Arcadia Church of Christ on FM 138, just east of Arcadia. For a comprehensive list of interments see the Find-A-Grave entry for Powdrill.

Many former Arcadia residents are buried in the Pleasant Grove Cemetery a few miles northeast of Arcadia. The earliest burial is J.H. Anderson in 1878. The cemetery is located directly behind the Pleasant Grove Baptist Church on C.R. 1470.

Members of the community were asked to loan materials to create a digital collection. Both documents and objects were digitized, helping to preserve the history of the community and make it available to the public.

The East Texas Research Center has digitized numerous items from Arcadian organizations and individuals. These items are included in the ETRC’s digital repository in the Voices from Small Places Collection. The originals have been returned to their owners. Use this link to search the collection. As always, the project welcomes the addition of other historic sources.